Earth, A Special Place in Creation Part V – The Importance of a Biblical Worldview

Excerpt from Pope Leo XIII’s Providentissimus Deus No. 10 (1893): “St. Augustine, affirmed the Catholic rule for interpreting Sacred Scripture, “not to depart from the literal and obvious sense, except only where reason makes it untenable or necessity requires.”  At the time of this Encyclical, society was rife with novel thoughts regarding creation, the age of the Earth and man’s place and role in it all.  Charles Lyell had written, Principles of Geology in which he established the concept that the present is the key to the past.  Or in other words, what you see happening today explains what happened in the past.  He did away with the idea of Noah’s flood and the catastrophic 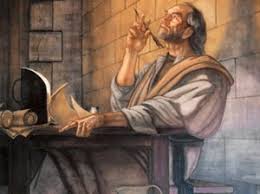 effect it had on shaping the Earth. Not long after Charles Darwin published his book, On The Origin of Species in which he speculated that complex life forms evolved from simple life forms.  Fortunately for Darwin, Lyell had laid the foundation of an old Earth to provide the necessary time for Darwin’s process to supposedly work.  There was much speculation even within the Church about how everything fit together with God’s Word.  Pope Leo XIII wanted to remind Catholic theologians to avoid popular whim and fancy when interpreting Scripture.  To remind them that all Scripture is to be taken literally unless, as St. Augustine said, “reason or necessity requires”.

Does reason or necessity require that we abandon the literal meaning of Genesis?  This article is Part V of a five-part series in which I’ve attempted to provide evidence concerning Earth’s special place in God’s Creation.

Part I – Organization of the Universe Based on Observations.  You cannot differentiate between the Earth in motion versus the Earth at rest.  All observations would appear the same in either reference frame.

Part II – Organization of the Universe Based on Physics, i.e., Newton and Mach. Based on Newton’s Equations applied to Mach’s Principle you cannot differentiate between the Earth in motion versus the Earth at rest.  All physical forces are present in either model.

Part III – Measuring the Movement of the Earth or Lack Thereof. Actual experiments conducted to measure the Earth’s motion have failed to do so.  As a matter of fact, the Michelson-Gayle experiment showed otherwise.

Part IV – Truly, the Heavens Declare the Glory of God. Space exploration has provided the opportunity to conduct evermore sophisticated observations.  The result is that we observe phenomena that strongly suggests a preferred orientation in the direction of the Earth, as though the Earth were at or near the center of the universe.

Besides supporting a Geocentric view of the universe, Parts III & IV provide clear evidence that the basis of the Big Bang Model has been falsified.  Keep in mind that when secularists are forced to abandon the Big Bang Model, they’ll have to abandon the age of the universe derived from the theory.  The more I’ve studied, evolution, cosmology and Scripture, the more convinced I’ve become that,

“All Scripture is given by inspiration of God, and is profitable for doctrine, for reproof, for correction, for [a]instruction in righteousness, 2 Timothy 3:16.

So, what, if anything, does the Bible have to say about Earth’s placement in the Heavens?  Actually, there are quite a few verses.

Psalm 104:5 “You who laid the foundations of the earth, So that it should not be moved forever,”

Psalm 93:1 “The Lord reigns; he is robed in majesty; the Lord is robed; he has put on strength as his belt. Yes, the world is established; it shall never be moved.”

1 Chronicles 16:30 “Fear before him, all the earth: the world also shall be stable, that it be not moved.”

Isaiah 13:13 “Therefore I will make the heavens tremble, and the earth will be shaken out of its place, at the wrath of the Lord of hosts in the day of his fierce anger.” (This verse implies the Earth has been “placed” in its current position.)

I could go on, but I think you see the point.  Nowhere in Scripture does it say that God put the Earth into orbit around the sun, or that he caused it to rotate to create day and night. 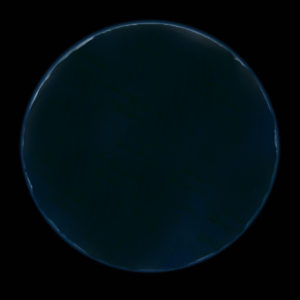 Genesis 1:1-2, “In the beginning God created the heavens and the earth. The earth was without form, and void; and darkness was on the face of the deep. And the Spirit of God was hovering over the face of the waters.”  Was the Earth moving at this point?

Consider Joshua’s long day and Isaiah’s sign to King Hezekiah.  You know the story of Joshua’s battle against the Amorites.  The battle was going well, but the sun was going to set before victory could be secured.  Joshua needed more time to defeat the enemy so he asked God to give him more time.

What is interesting here is that Joshua’s account is corroborated in the Book of Jasher. Now Jasher is not considered to be part of the Cannon, but it is considered to be credible history.  King David referred to it, 2 Samuel 1:18, “and he told them to teach the sons of Judah the song of the bow; behold, it is written in the book of Jasher.” The Jewish historian Josephus also referred to Jasher in his writings.

If there were such a long day one would expect that it would be noticed in other cultures and in fact there are legends for such an event worldwide. 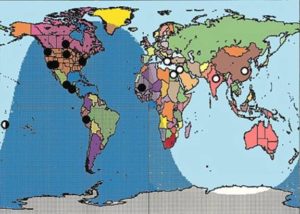 For instance the Egyptians recorded a long day event in their history as did American Indians.  Here is a nice write-up in defense of geocentrism which includes long day/night legends.  http://www.geocentricity.com/astronomy_of_bible/jld/index.html

Then we have the sign that God gave to King Hezekiah,-

This story is recounted by Isaiah himself in Chapter 38:7-8,

“And this is the sign to you from the Lord, that the Lord will do this thing which He has spoken: Behold, I will bring the shadow on the sundial, which has gone down with the sun on the sundial of Ahaz, ten degrees backward.” So the sun returned ten degrees on the dial by which it had gone down.”

Wisdom based on human reasoning is dangerous and Scripture warns us not to rely on it.

“There is no wisdom or understanding or counsel against the Lord.” Proverbs 21:30

“He who leans on, trusts in, and is confident of his own mind and heart is a fool, but he who walks in skillful and godly Wisdom shall be delivered.”  Proverbs 28:26

“Get skillful and godly Wisdom, get understanding, do not forget and do not turn back from the words from my mouth.”  Proverbs 4:5

“For the Lord gives skillful and godly Wisdom; from His mouth come knowledge and understanding.” Proverbs 2:6

“For it is written, I will baffle and render useless and destroy the learning of the learned and the philosophy of the philosophers and the cleverness of the clever and the discernment of the discerning; I will frustrate and nullify them and bring them to nothing”. 1 Corinthians 1:19

Trust the Bible.  After all,

“All Scripture is breathed out by God and profitable for teaching, for reproof, for correction, and for training in righteousness” 2 Timothy 3:16