A Tale of Three Atheists, The Good, The Bad and the Ugly

This article is about three atheist scientists and their respective journeys toward truth.  They are; Dr. Richard Lumsden, Professor of Parasitology and Cell Biology at Tulane University, Dr. Antony Flew, Professor Philosophy of Science, Oxford, Aberdeen, and York Universities and last, but not least, Dr. Sir Frederick Hoyle, Astronomer Institute of Astronomy at Cambridge.  These scientists were adherents to Darwinian evolution and committed to a materialistic worldview on origins.  Of the three Dr. Flew was the most ardent atheist having written books denouncing religion and he regularly debated Christians on the topic.  Dr. Flew was a member of the Socratic Club at Oxford and regularly debated its President CS Lewis on the subject.

I’ve chosen to tell their stories in reverse order, ugly, bad and good so that I can end on a high note.  Before getting started I want to provide a concise definition of the common understanding held by these men.  An understanding that each of them ultimately found wanting.  Darwin, you have been weighed in the balances and found wanting (variation on Daniel 5:27); The underlying premise of Darwinian thinking is that everything that exists can be explained from a materialistic point of view.  And in those instances where no materialistic explanation exists, it is just a matter of trusting scientific research to discover the answer.  There is no need of a supernatural cause, time and chance, acting randomly on materials, is sufficient. 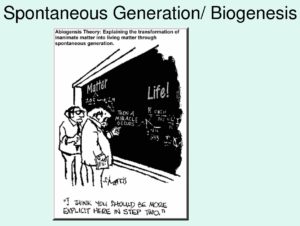 The Ugly (the outcome, not the man) is Dr. Sir Frederick Hoyle.  Sir Hoyle was a renowned mathematician and his equations led him to believe that it was impossible that first life could arise on earth by random chance.  In 1982 Dr. Hoyle presented Evolution from Space at the Royal Institution’s Omni Lecture. After considering what he thought was an extremely remote probability of Earth-based abiogenesis (spontaneous generation of life from non-living matter) he concluded: “If one proceeds directly and straightforwardly in this matter, without being deflected by a fear of incurring the wrath of scientific opinion, one arrives at the conclusion that biomaterials with their amazing measure of order must be the outcome of intelligent design. No other possibility I have been able to think of…”  However, rather than looking to heaven for the Intelligent Designer, his ugly conclusion was to turn to extraterrestrial factors.  In his book Evolution from Space, co-authored with colleague Chandra Wickramasighe (published 1984), Hoyle calculated that the chance of obtaining the required set of enzymes for even the simplest living cell was one in 1040,000.  Since the number of atoms in the known universe is infinitesimally tiny by comparison (1080), he argued that Earth as life’s place of origin could be ruled out. He claimed: “The notion that not only the biopolymer but the operating program of a living cell could be arrived at by chance in a primordial organic soup here on the Earth is evidently nonsense of a high order.

Dr. Hoyle was a serious and respected astrophysicist and his position really rubbed against the grain in secular science.  But the coup de grace may have been this analogy, “The chance that higher life forms might have emerged in this way is comparable to the chance that a tornado sweeping through a junkyard might assemble a Boeing 747 from the materials therein.”  Ouch, that left a mark!

The Bad is Dr. Antony Flew.  As stated earlier, for much of his life Dr. Flew was a committed atheist who regularly debated and wrote against the existence of God.  His basic argument was that one must presume atheism to be true in the absence of evidence to the contrary.  However, in a 2004 interview (published in December), Flew, then 81 years old, said that he had become a deist.  In the article Flew states that he has renounced his long-standing espousal of atheism by endorsing deism.  Professor Flew stated that “the most impressive arguments for God’s existence are those that are supported by recent scientific discoveries” and that “the argument to Intelligent Design is enormously stronger than it was when I first met it”.

In a letter in October 2004 to the historian and atheist Richard Carrier of the Secular Web, Dr. Flew stated, “My one and only piece of relevant evidence for an Aristotelian God is the apparent impossibility of providing a naturalistic theory of the origin from DNA of the first reproducing species… In fact the only reason which I have for beginning to think of believing in a First Cause god is the impossibility of providing a naturalistic account of the origin of the first reproducing organisms.” 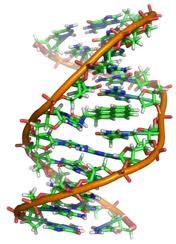 Unfortunately, it appears that Dr. Flew was not able to progress from Deist to a Bible believing Christian.  He wasn’t able to accept the God of the Bible.  He couldn’t get past the implications of the questions he asked Christians in his many debates, why do bad things happen to good people or why did God let the devil have his way with a righteous man like Job?  Making matters worse he did not have many Bible believing Christians to mentor him through the conversion process.  It is a shame that CS Lewis had passed away before Dr. Flew’s epiphany. Here it in his own words.

The Good, Dr. Richard Lumsden.  During his illustrious career, Dr. Lumsden published numerous peer-reviewed papers and was awarded the Henry Baldwin Ward medal (the highest world-recognized award for parasitology).  He also received over 21 research grants and contracts from many well-known organizations such as the National Institutes of Health, the National Science Foundation and the United States Food & Drug Administration (FDA).  Dr. Lumsden (a self-proclaimed evolutionist and Christian ridiculer) relates that after giving a lecture at Tulane University on the origin of life a female student came forward with questions.  Dr. Lumsden scheduled an appointment to meet with her later that afternoon.  This was a student majoring in biochemistry and mathematics.  She started with questions about the equations he used representing the chemical reactions necessary to form amino acids and then form proteins in the so-called primordial soup.  Dr. Lumsden looked at her equations and told her she was in the ballpark, but the formulas expressed in her equations could not lead to life giving proteins.  She said, that’s what I thought, but I took them down from your presentation!  As Dr. Lumsden took a closer look at the formula and the reactions expressed in equations he realized that life could not have come forth in that manner.  Then she asked about the probabilities based on time and available resources, followed up by how do mutations lead to improved body plans or favorable traits.  After 3 grueling hours of interrogation Dr. Lumsden came to the realization that he didn’t fully understand the evidence for Darwinian evolution.  Then he realized he understood the evidence quite well.  The problem was the evidence didn’t support Darwin’s theory. 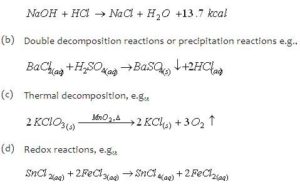 Fortunately, Dr. Lumsden found himself in a community with many Bible believing Christians.  He came to Christ before he died in the late 1990’s.  Here is his testimony.

The tale of three atheists ends with one dying an atheist, one dying a Deist and one dying in Christ Jesus.  All three scientists started from the same place, holding a materialist’s worldview trusting in Darwin’s theory of evolution.  All three rejected the prerequisite for evolution to occur, that first life arose from inorganic materials by chance.  How many scientists are trapped by the “group think” within the scientific community?  How many think they see the emperor’s new clothes because their peers say they see the new clothes?  I pray that God will drop the scales from their eyes so that they would see His Creation anew.