Then Nothing Went Bang!

For a number of reasons, more fully explained here – https://ilc-inc.org/?p=113, science adopted the Big Bang theory as the explanation for the existence of the Universe and all that it contains.  Not long after, Dr. Edwin Hubble observed that the universe was expanding.  That fit with the basic premise of the Big Bang theory.  However, the universe appeared to be expanding in every direction from the Earth’s vantage point?  Hubble was very distressed over what that implied. If everything was expanding away from the Earth in all directions, it implied that Earth was in the center. When measuring the light spectrum Hubble found that the light was shifted to the red side of the spectrum indicating that the object releasing the light was moving away from Earth and this was happening with every observable object. He had this to say about his dilemma; 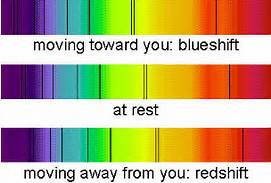 “Such a condition would imply that we occupy a unique position in the universe, analogous, in a sense, to the ancient conception of a central earth. The hypothesis cannot be disproved but it is unwelcome and would be accepted only as a last resort in order to save the phenomena. Therefore, we disregard this possibility and consider the alternative, namely, a distribution which thins out with distance…. The unwelcome supposition of a favored location must be avoided at all costs.”

That was pretty objective don’t you think?

Hubble had to put some science behind his contention so he came up with this rescuing mechanism.  “Instead of having the Earth fixed in the center of all the galaxies, Hubble removed the center and made the universe into a balloon with only two dimensions. He then put all the galaxies, including the Earth, on the surface of the balloon. He then made the balloon-universe expand so that each galaxy would move away from the other. This, he said, was the

explanation for the redshift. As the galaxies move away from each other, they all stretch the wavelength of the light to the red side of the spectrum and thus everyone will see the same redshift from wherever he looks.” (Excerpt from Geocentrism for Dumbskies).

This demanded that the universe be homogenous and isotropic, no orientation, no preferred direction.  This has resulted in observational problems with such things as the Cosmic Microwave Background Radiation (CMBR), Quasar orientation, the spin handedness of spherical galaxies, etc.  Watch for an article on this topic, Part IV – Truly, the Heavens Declare the Glory of God

By the way, did you know there has never been an experiment that was able to measure the Earth’s orbit around the sun? We are in a special place in God’s Creation (see Earth, A Special Place in Creation, Part III – Measuring the Movement of the Earth or Lack Thereof