A combination of two Greek words introduced a creature previously unknown to the world. The discovery of dinosaurs didn’t happen all at once—it happened in fits and starts. In fact, larger- than-life bones were unearthed across England and the United States throughout the 19th century. One of these giant fossils appeared to 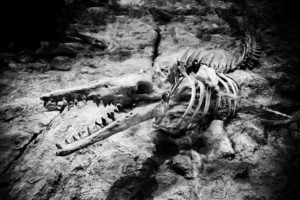 be vertebrae discovered near Oxford, England, a fragment of a lower jaw, and “daggerlike” teeth. A geology professor named William Buckland examined them in 1824, and the source of the bones was eventually called Megalosaurus, named from the Greek words megas, meaning “great,” and sauros, meaning “lizard.”

What’s in a Name -Dragons

In 78 A.D. historian Pliny the Elder wrote of “dragons’ inhabiting India, that were larger than elephants. 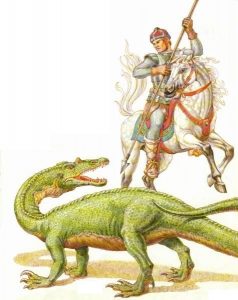 Roman historian Flavius Philstratus wrote; “The whole of India is girt with dragons of enormous size; for not only the marshes are full of them, but the mountains as well, and there is not a single ridge without one. Now the marsh kind are sluggish in their habits and are thirty cubits long, and they have no crest standing up on their heads.”

Alexander the Great wrote of his army’s encounter with a large serpent during his campaign and Marco Polo writes of numerous encounters with monstrous dragons.

Bill Cooper’s book, After the Flood, describes similar accounts one of which was attributed to William Caxton, “About the marches [marshes] of Italy, within a meadow, was sometime a serpent of wonderful and right marvelous greatness, right hideous and fearful. For first he had a head greater than the head of a calf. Secondly, he had a neck greater than the length of an ass, and his body made after the likeness of a dog. And his tail was wonderfully great, thick and long, without comparison to any other.” 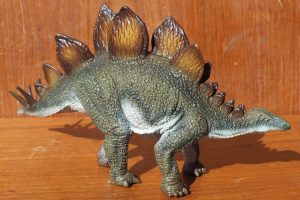 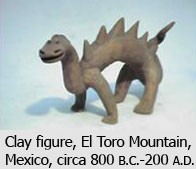