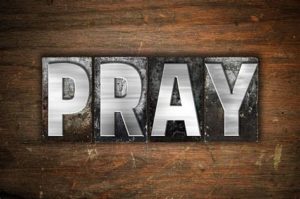 What a powerful statement made by our Lord and Savior.  Full of hope and promise.  Yet many Christians do not enjoy the manifestation of this promise.  How many have sought but not found? Asked and not received or knocked but the door remains locked?  What are we to make of unanswered prayer?

A dear friend of mine lost his battle with cancer.  This situation caused me to explore God’s Word relative to prayer.  I would like to share what God has revealed to me through Scripture.

“And if we know that he hears us—whatever we ask—we know that we have what we asked of him.” 1 John 5:14

“If you remain in me and my words remain in you, ask whatever you wish, and it will be done for you.” John 15:7

Unbelief may be the greatest impediment to receiving God’s blessings.  As James said a man who doubts should not expect to receive anything.  However, it goes deeper than that.  Jesus himself was hindered by a spirit of unbelief, not of his own of course, but that of a disbelieving community.  Mark tells us about how Jesus had difficulties in his hometown of Nazareth. “Now He could do no mighty work there, except that He laid His hands on a few sick people and healed them. And He marveled because of their unbelief.” Mark 6:5-6

Matthew also gives an account of this in chapter 13. “But Jesus said to them, “A prophet is not without honor except in his own country and in his own house.” Now He did not do many mighty works there because of their unbelief.” Matthew 13:57-58

Mark’s Gospel includes a rather intriguing healing story.  “Then He came to Bethsaida; and they brought a blind man to Him, and begged Him to touch him. So He took the blind man by the hand and led him out of the town. And when He had spit on his eyes and put His hands on him, He asked him if he saw anything.  And he looked up and said, “I see men like trees, walking.” Then He put His hands on his eyes again and made him look up. And he was restored and saw everyone clearly. Then He sent him away to his house, saying, “Neither go into the town, nor tell anyone in the town.” Mark 8:22-26

Why did it take two attempts to fully restore this man’s eyesight?  Why did he take him by the hand and lead him out of the town, Bethsaida?  And finally, why did Jesus tell the man not to return to Bethsaida nor tell anyone from that town?  This healing occurred after Jesus had sent out His disciples to cast out demons and heal people.  Even though the people who lived in Bethsaida saw miracles they did not belief or repent.  Jesus rebuked Bethsaida as well as Chorazin for their unbelief. “Woe to you, Chorazin! Woe to you, Bethsaida! For if the mighty works which were done in you had been done in Tyre and Sidon, they would have repented long ago, sitting in sackcloth and ashes.” Luke 10:13

The spirit of unbelief in Bethsaida was strong so Jesus took the man out of town.  It is likely the man’s unbelief caused the partial healing on the first attempt.  As for not returning to Bethsaida, it is possible that Jesus thought the healing might fade away due to the strong spirit of unbelief that existed there.

I’d be remiss if I didn’t say that prayer is not always answered in the way we might expect or according to our schedule.  Sometimes God will withhold something for our own good or do something different for a better result.  Know that God loves you and His timing is always perfect.