This study will cov 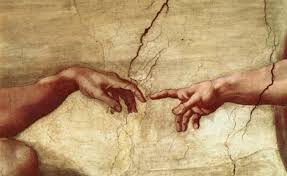 er the various materialistic (by chance) explanations for the Origin of the Universe and of life itself.  You might be surprised to learn that there is no consensus among materialist scientists as to how evolution actually happens, yet Darwinian evolution is taught as fact in our public schools.  The greatest challenge to Darwin’s theory comes from the study of Genetics. Materialists have an even greater difficulty defending the “Big Bang” theory. You see, most astronomers accept that the universe came into existence from a singular event that created time, space and matter in an instant, the Singularity. However, as our reach into space increases, observations challenge the Big Bang model.  We will review these issues.  The consensus on the Big Bang is fracturing, however, as with evolution, the Big Bang is still taught as fact.

A Tale of Three Atheists, The Good, the Bad and the Ugly.  Source Inspired Learning Center Sir Fredrick Hoyle asserts that the odds of materialistic origin of life on Earth is impossible.  Source Institute of Creation Research “Scientific” fallacies on origin and evolution of life.  Source Answers in Genesis Article on Materialist Origin of Life.  Source Creation Ministries An Appeal to a Genetic Big Bang.  Source Evolution News and Science Today

Noah’s Ark and the Flood

The Age of the Earth

Everything Came from Nothing  Source Genesis the Movie

Organization of the Universe Based on Observations  Source Inspired Learning Center

Ives, Einstein and the Aether  Source Principia Scientific, Herbert Eugene Ives was born in 1882 and died in 1953.

Evidence for the earth being at or close to, the center of the universe  Source A Defense of the Bible